Benefits and Risks of Martial Arts Classes for Teens 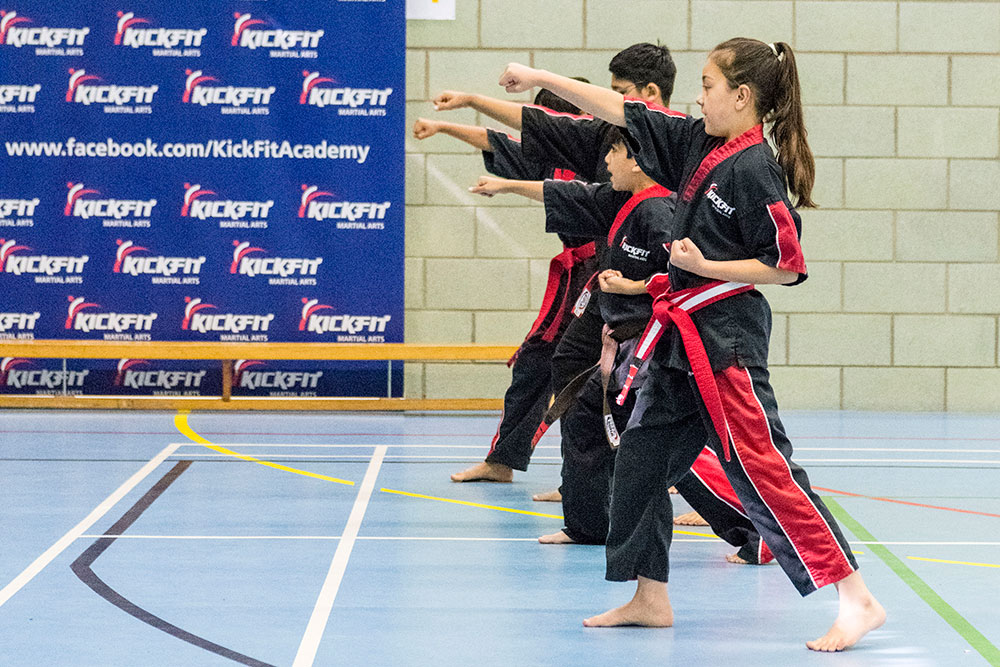 Now that we know what the different basic forms are, what are the risks and benefits of practising martial arts as a teenager, and which one do we recommend most?

Martial arts classes can provide an excellent way for teens to get vigorous exercise, keeping them fit, lean and healthy while getting them away from their computers and TVs for a bit. It improves coordination and concentration while also building muscle and burning fat. Martial arts training helps teenagers learn discipline, respect and self-control – traits that are valuable for all walks of life.

At Kickfit Martial Arts schools, we focus on karate as it has a long and respected history of teaching youngsters about balance in life, and it focuses on unarmed defence more than offence. It’s   closely monitored by careful instructors to ensure that sparring opponents are equally matched and that the students are made welcome and feel comfortable within classes.

Learning the art of self-defence will remain valuable for the rest of the learners’ lives. The combination of fitness and self-assuredness that comes from learning how to handle one’s body and defend one’s self combines to give a marked boost to one’s self-esteem. Self-confidence is probably one of the most valuable rewards gained from practising martial arts.

Moreover, martial arts that involve some competitiveness can serve to provide a healthy sense of achievement and something to work towards. Karate has fun and challenging formal competitions that learners can take pride in competing in.

As with any sport, the risk of injury is ever-present. Minor bruises and sprains account for the vast majority of injuries in most martial arts, especially at lower levels. Just about any sport, from cricket to rugby to even tennis, could boast the same kinds of injury risks.

These risks are negated, however, by the close and conscientious monitoring and guidance of the instructors. The main goal of karate is not so much to seek to strike and injure the opponent. Rather, the focus is on avoidance and deflection rather than offensive tactics. Moreover, strikes to the head and groin are expressly forbidden in karate competitions, limiting the potential for accidental injury.

At Kickfit Martial Arts schools, we believe that karate is the best martial art for teenagers and all ages, combining good self-defence technique with fitness, comradery and a massive boost to self-confidence. Contact us now to get enrolled!